After her grandmother is accused of and executed for witchcraft, young Mary is left to fend for herself in Celia Rees’s Witch Child. A mysterious woman collects Mary following her grandmother’s execution advises Mary to make a journey to the New World and start a new life there. With the means to do 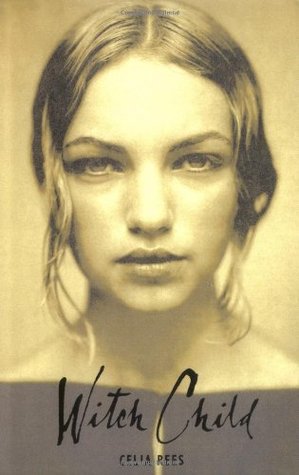 so and nothing left for her in England, Mary strikes out across the sea. But the suspicions which plagued her grandmother follow her and the relationships she fosters across the community aren’t helping to assuage any fears in her town.

Told in a sort of diary format, Witch Child details its narrator’s life with quite a bit of detail, often straying to the mundane aspects of the characters’ lives even as they make a perilous and fraught journey across the sea and develop a new community from scratch. With Mary being a rather passive character who says little but observes frequently, her narrative is somewhat uneventful. While the potential for much is there — and certainly, action happens in subtle ways — little actually seems to happen on the page that is capable of holding the reader’s attention. The prose is fairly aimless, as real diaries often are, and makes for slow and sometimes frustrating progress.

The conflict around Mary and her relationship with her mother is compelling. Much of it is an enigma, and perhaps it is the lack of information Mary gives about the backstory and what else she learns along the way that makes it especially intriguing, but in a book that is otherwise fairly devoid of riveting narrative, this plot point feels like a missed opportunity. Beyond the first quarter or so of the novel, Mary barely considers her mother or the lack of her mother’s presence, even as she is surrounded by women giving birth, it seems, and families. While another woman steps in to play the role of mother in Mary’s life, this relationship never quite passes as the same thing and, in fact, the woman in this role seems to fade in and out of the narrative. This, I think, is again typical and realistic for the diary format in which the novel is written, but it means potentially interesting thematic elements are, at best, weak.

In another show of dedication to realism, Mary meets many, many people on her journey. As several of them are beholden to Puritanical ideals and their primarily personality traits are condemning those who are different from them, telling each apart can be a challenge. This is especially difficult when the pace of the story moves slowly and the narrative offers few moments of conflict or action to hook the reader’s attention and give them a reason to keep track of so many names.

While I expected something atmospheric and witchy (that cover!), or something similar to Ann Rinaldi’s A Break with Charity, what I got was something rather disappointing. Bland with probably an abundance of subtlety I was too lazy to pick up on, Witch Child was not the late-October kind of read I was looking for when I slogged through it. Mary’s lack of personality and adherence to quiet inaction makes the novel a tough one to be excited about while the strict realism reinforces monotony (real life is boring: that’s why I read). Witch Child is probably one you can skip, but it might be worth the money just for that stunning cover.