Drawing from her personal life and what she’s learned as a scholar, popular author and essayist (and famed TEDxTalk speaker) Chimamanda Ngozi Adichie writes a letter to her friend who has newly given birth to a daughter in response to a request on advice in raising a child in a feminist manner. With fifteen short parts, Dear Ijeawele, Or a Feminist Manifesto in Fifteen Suggestions offers practical and evidence-based ideas to her friend and the world 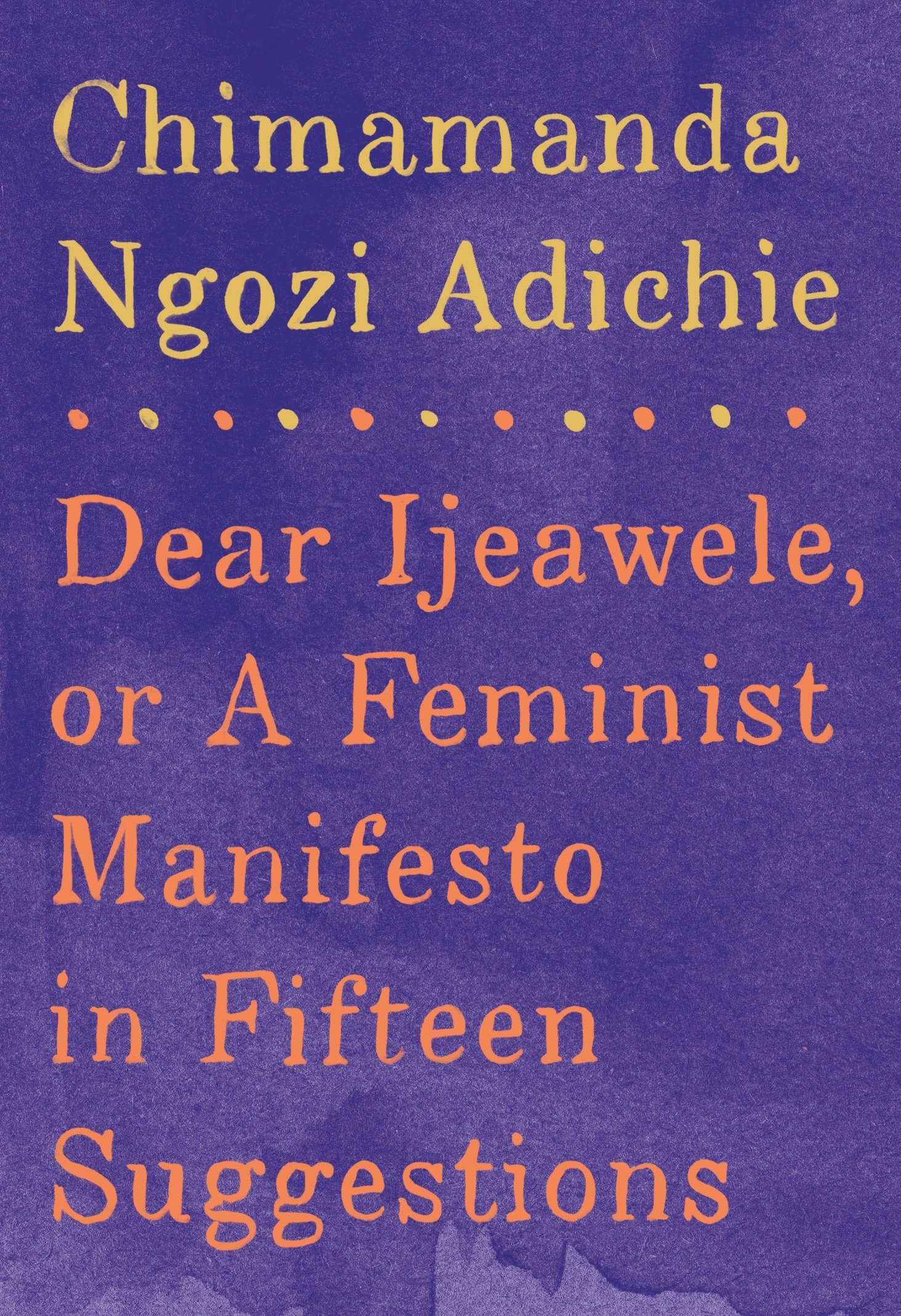 beyond, using examples from their shared experiences and beyond.

In one of the most succinct introductions to Gender and Women’s Studies I’ve ever encountered, Dear Ijeawele is absolutely a useful text for the novice feminist or pre-feminist. Certainly the collection of essays (most no more than a few paragraphs) lays out the very basics of feminism as it addresses things such as wage inequality between men and women, domestic abuse, gendered clothing, and workplace discrimination among other topics.

Adichie writes in a fashion that is superbly accessible and keeps from getting too into the weeds and thus keeps from scaring off potential new feminists with jargon and assertions which require an understanding of intersectionality and interconnectedness (for example, this is not the book for examining how poverty or a disregard for the environment also contributes to misogyny and vice versa). The unwillingness to dive into the depths of feminist theory — fine, of course, for Adiche’s stated purpose is a basic guide for a friend raising a daughter — does mean, however, that there is nothing new here. Adichie revisits old ideas that might just as well be found in Betty Friedan’s The Feminine Mystique, perhaps with the added context of the Internet and other modern influences.

While Dear Ijeawele is one of the most simple feminist texts I’ve encountered, its prose does little to sway those who are not already feminists. And, frankly, if a reader already is a feminist, they won’t find anything here that is new to them. This can only mean, for me, that the work — while concise, simple, easy to read, well-written and organized, and all of that — is somewhat extraneous at the end of the day, and supplementary at best. Though perhaps useful in a classroom setting for an Introduction to Gender and Women’s Studies class, the book has little other use. Those seeking the advice Ijeawele seeks are not likely to see anything in the text they have not already realized for themselves. And while Adichie has a great opportunity here to explore intersectional feminism, she outright rejects it, and states in no uncertain terms that she believes sexism is a bigger problem in the world than is racism. She doesn’t explore the particulars on that opinion, even, so I am unconvinced there as well.

So, truly, Dear Ijeawele is hardly more than an introduction, if that. There’s no doubt Adichie makes important points and feminism is both relevant and crucial in modern times, but Adichie brings nothing new to the table in Dear Ijeawele, opting instead to reissue old favorites. The essays have value as ones that are well-written and as pieces that cover the basics, but there’s no incentive to read this over any other established feminist text. Many readers may well be better off with bell hooks or any other number of canon feminist writers.